Words to inspire the belief that we have all we need to be the change we wish to see. 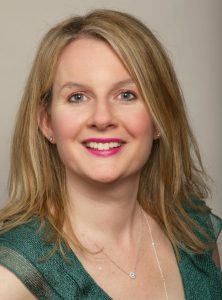 Siobhan Kelleher Kukolic is a storyteller at heart. She writes to inspire the belief that we have all we need to be the change we wish to see. She recently published her first book available on Amazon and Indigo, The Treasure You Seek, about following your heart, believing in yourself beyond reason, embracing failure and knowing that you are enough. It includes inspirational stories about famous failures, cultural icons, world leaders and regular folks. A perfect read for graduates from elementary school through university, people starting their career, changing jobs or retiring, friends going through a medical crisis, new parents, empty nesters and anyone who wants to be inspired.

She started her career as a copywriter working on campaigns for organizations including Esso, Mead Johnson Nutrition, Grand & Toy, Labatt, and SC Johnson. As co-chair of her children’s school council for seven years, she helped get eight 20-foot maples donated for an eco-classroom and co-ordinated the building of a school peace garden with 115 donated trees and shrubs for Earth Day.

She co-founded a not-for-profit movement called Blueberry Shark, named after a healthy fruit and the only animal that doesn’t get cancer, with a mission to create the healthiest kids in the world. By providing a voice for those who didn’t have one, she rallied enough media attention to help crowd-fund $105,000 in two weeks to pay for an unfunded drug for a mom-of-two dying of stage-four brain cancer. She also used media attention to nudge the government to change drug coverage policy right before an election and get a $360,000 a year drug covered for a 12-year-old cystic fibrosis patient.

Her letters to the editor are frequently published in the National Post, she is a regular blog contributor for The Huffington Post and she has represented her neighbourhood by making deputations at city council and the school board. She spends her time blogging and juggling the schedules of her three kids as they follow their dreams in competitive Irish dance and ice hockey.

Supported by GRIT Online, Theme by Anders Noren — Up ↑