Words to inspire the belief that we have all we need to be the change we wish to see.

“Travel is still the most intense mode of learning.” Kevin Kelly

I remember the pattern of the carpet on my first plane ride to Ireland at age two.  I don’t remember a lot about that visit, but I know it was the foundation that tied me to my Irish roots.

My parents brought me to see my grandparents, cousins, aunts and uncles in Ireland every other summer from when I was two until I was sixteen.  I will never forget the effort that took in a time when they were working hard to pay the bills.  But those magical trips gave me lifelong connections with my family overseas.  I feel like I know them so well.  As a teen I went on some high school trips to Italy and Greece and I have travelled in the United States to Florida, New York, California, and Rhode Island.

But I recently took the trip of a lifetime with my two sons.  My 13-year-old had qualified for the World Irish Dance Championships in Glasgow.  So we decided to attend and stop in Ireland first.

A sign in the Dublin Airport read, “Prepare to have your cobwebs blown away.”  Nothing better to clear the mind.

The architecture in Ireland and Scotland brings you back to times when people walked the streets years ago.  The milk is creamier.  The butter more golden.  The tea always in a pot. You can’t help but see things differently.

We learned about the Irish rebels, who weren’t soldiers but were teachers, orators and poets, who fought to create the Republic of Ireland and were executed at Kilmainham Jail. We saw stories about Irish writers like Samuel Beckett, Oscar Wilde, James Joyce, George Bernard Shaw and Bram Stoker. We found out that Arthur Guinness leased a down-and-out brewery in the middle of Dublin in 1759, decided only to brew one beer, signed a 900-year-lease, and the rest is history. We saw how the written word has always been important in Ireland, highlighted by the Book of Kells at Trinity College.  In the West of Ireland in County Mayo our cousins showed us Ashford Castle where Ronald Reagan, John Lennon and Oscar Wilde have stayed the night, Croagh Patrick mountain where legend says the country’s St. Patrick fasted at the summit for 40 days and 40 nights, and picturesque Clew Bay in Westport.

In Scotland, we stood in the room in Edinburgh Castle where Mary Queen of Scots gave birth to her son James who later became the King of England.  We entered the oldest building in the country, St. Margaret’s Chapel, built 900 years ago by Margaret’s son when she died of a broken heart after her husband was killed in battle.  We climbed the tallest monument ever built for a writer, the Scott Monument, built for Sir Walter Scott who wrote Ivanhoe.  Two hundred and eighty seven Alice-in-Wonderland-esque steps to a breathtaking view in more ways than one.  We climbed the largest marble steps in Europe, the three storey set in the Glasgow City Parliament Building.  We visited one of Europe’s best museums, The Museum of Transport, which shared the history of transportation and social life in Glasgow.  We also saw paintings by Van Gogh and Matisse at the Kelingrove Art Gallery and Museum.  And all the museums in Glasgow were free to visit.

We ate at two renowned Glaswegian restaurants.  Cafe Gandolfi, owned and operated by Seumas MacInnes, who came back to meet us even though he had left for the evening.  The fresh Scottish seafood was delectable.  And Rogano, a favourite stop for Rod Stewart, that is very reasonably priced at the downstairs cafe during the day.  The 1930s art deco decor hasn’t changed since it was put in place during the building of the Queen Mary ship.  One of the oldest restaurants in Glasgow.

The food, the sights and the people have forever changed us.  Inspired us.  Made us want to seek new adventures.  Travel truly is an education.

As Saint Augustine once said, “The world is a book, and those who do not travel read only a page.” And George A. Moore once said, “A man travels the world in search of what he needs and returns home to find it.”

May we all have the chance to see new places and then realize the treasures we already have at home. 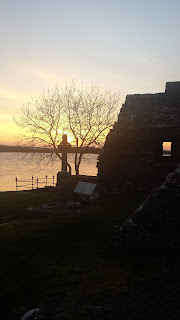 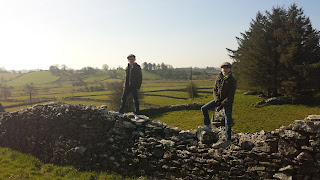 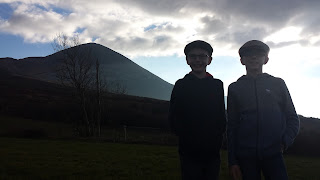 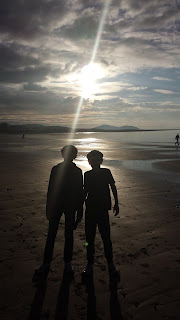 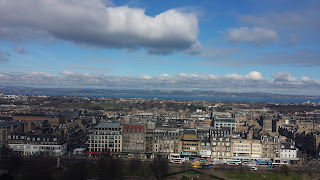 Supported by GRIT Online, Theme by Anders Noren — Up ↑